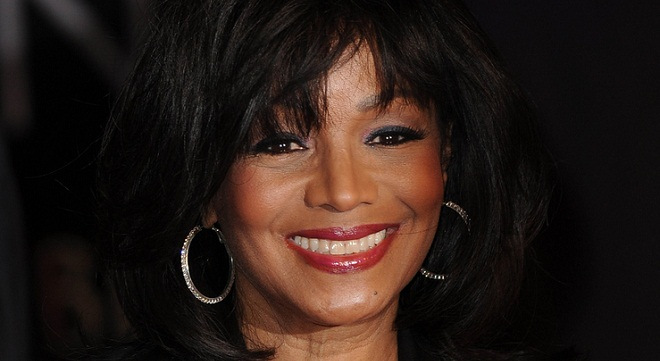 Multi-talented Rebbie Jackson will return to the stage to entertain multitudes with her hit songs that are heard from Manhattan to Liverpool. “Centipede” and “Your’s Faithfully” are two of the sweetest tunes ever mastered in a recording studio, and the beautiful singer promises to sing her greatest hits wherever she performs. And that’s not all!  According to a longtime associate, her motivation is to share the grandeur of rich lyrical prose and lush arrangements that silhouette the endless charm of timeless dance tunes and lingering ballads. ” —ALL EVENTS TO BE ANNOUNCED —

In addition to her faith-based activities, Rebbie is also a spokesperson for a cause that is common to millions: bipolar disease. It is a growing mental illness characterized by episodes of paranoia and disorientation. Her attractive daughter Yashi has struggled with the disease.

After more than 30 years in show business, Rebbie would like to take a moment and say ‘thank you’ for all of the support she has received through the years, and she promises to share with you the same cutting-edge recordings and concerts that have characterized her exciting career.

Rebbie was also signed to Motown Records, and we’re looking forward to the Album’s release in the future. It’s not unusual for labels to hold projects for the best distribution time, often much later than the recording session.

Today, with Internet digital access,  music can move much faster on many levels and entertainment news can be accessed in seconds anywhere in the world. Rebbie’s new songs will be in the homes of millions before the public is aware of it.

As mentioned earlier, Rebbie focuses of composing songs and performing in a way that incites wholesome feelings in her listeners, not salacious urgings that weaken already fragile inhibitions.

To say that the name Rebbie Jackson is synonymous with elegance and artistic excellence would understate a well-known fact. The songstress is not only an accomplished vocalist, but her Baryshnikov-like dance moves evoke joyful applause from television and stage audiences alike! Rebbie, a platinum-selling recording artist and mother of three, including singer Austin Brown, is not only an outstanding performer, but she is uncharacteristically modest in demeanor.

In 1984, Rebbie released her Columbia Records debut album, Centipede,  a riveting bouquet of well-adorned tracks with the self-titled single “Centipede.” This lyrical gem was meant to convey an outlet of expression through song and dance. “Centipede” not only rocketed to #4 on the competitive R&B charts, but reverberations from its undulating(!) base-line can still be felt today.

In 1986, with her brother Tito and co-producer David Conley, she released Reaction, featuring Robin Zander of Cheap Trick and Isaac Hayes of Hot Buttered Soul and Shaft fame. This disc includes a rainbow of mid-tempo ballads and saucy dance tunes.

Rebbie, lovely as the classic cover-girl, presented Motown standout Stevie Wonder with a trophy at the prestigious 1986 American Music Awards.

In 1988, R U Tuff Enough, a smoothly textured eight-track production, featured the hit single “Plaything.” In that same year, Rebbie presented an award to Stevie Wonder at the prestigious American Music Awards.

In 1996 the Rebbie Jackson Collection was released. Shortly following that, Rebbie recorded Yours Faithfully, an eleven-track, beautifully orchestrated CD with the self-titled single and an enchanting groove. This was also produced by the creator of “Centipede” and arguably entertainment’s greatest-ever performer, Michael Jackson. He also sang on and co-produced the single “Fly Away” for the project.

In the late 1990s, Rebbie performed on the top-rated Live! with Regis & Kathy Lee variety television show (Rebbie on The View) and the Jackson Family Honors special telecast that featured an assemblage of family members in prime-time tribute. And who can forget Rebbie’s appearance on American Bandstand, as host Dick Clark marveled at her versatile talent.

Rebbie, along with her daughters and Dr. Oz, spoke at the Voice Awards. In addition to her faith-based activities, Rebbie is a spokesperson for a cause that is common to millions: bipolar disease. It is a growing mental illness characterized by episodes of paranoia and disorientation. Her attractive daughter Yashi has struggled with the disease.

Although Rebbie’s accolades are far too many to mention, she will continue to use her God-given treasure of song and dance to provide wholesome entertainment to multitudes of music lovers around the globe.

Rebbie Thanks You for visiting her page!

REBBIE JACKSON SPEAKING ENGAGEMENTS
Rebbie Jackson and her daughter Yashi can be reqrested as a speaker at your educational forum or convention on the subject Coping Successfully With Bipolar Disease. Feel free to contact our speakers desk for an appointment: (817) 681-6068. In this hour-long address (including a Q&A), Rebbie will share her success in aiding her daughter Yashi and others to cope successfully with this widely misunderstood emotional disorder. Rebbie has been a national spokesperson and has helped many whose loved ones are affected by this manageable disease. Keep and eye open for Rebbie’s future book release. https://youtu.be/Y71oqVSd-ew