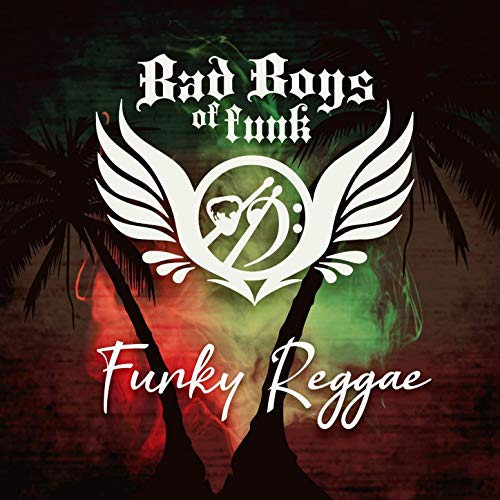 The Stone City Band is arguably one of the most prolific troupes to emerge from the international punk-funk music scene since the founding of the cyclopean age of cosmic  funk. With a distinctive style  heavily immersed in 1970s punk, the Buffalo, New York, sextet is gearing up for a year 2020 run on as many cities and towns as conceivable to spread the gospel of funk to its legion of aficionados. With an arsenal of recognizable gold and platinum, award-winning hit tunes, such as  “Super Freak,” “Ghetto Life”, “Mary Jane,” and “Fire and Desire,” six original members of the band are prepared to reintroduce these and countless recordings, past and recent, to an enhanced worldwide audience. Performing members of the  group are Lanise Hughes (drums), Tom McDermott (guitar), Levi Ruffin (keyboards), Nate Guido Hughes (percussion), Oscar Alston (bass), and Danny Lemelle (horns). These original members performed the original instrumentation for Rick James’ concerts and the studio recordings of his greatest hits and more.  While performing with Rick, the band enjoyed a separate contract with Universal/Motown (Gordy) Records (under Rick’s label), which allowed them, like many other acts, to become a recording, backing, and performing act within themselves. The band became a double threat with the ability to headline concerts and provide musical direction for star solo acts.  Through the years, they’ve scored three solo albums entitled In N Out, Out From The Shadow, and The Boys Are Back. In 1983, the Stone City Band released the hit single “Ladies Choice’ under Motown. In addition to their songs cascading across eclectic airwaves, the talented group of seasoned musicians have made limitless appearances on live television for in excess of four decades. When performing on TV, their electric presence draws viewers in so quickly it is as though they were being pulled inside the TV with the live audience, moving and grooving with the band. Besides the late night talk shows, the band has performed at the Grammy Awards, the American Music Awards, the Soul Train Awards, and others. The sound of the Stone City Band has stood the test of time, and that is the result of an elevated level of professionalism both musically and personally.  In this digital age, their sound can be found in recordings representing a slew of artists traversing many musical genres. Some observers may wonder: “How have the original members been able to stay out of the news with career-ending negative press?” Although the entertainment industry affords limitless temptations to young musicians who become stars, eating many alive, the band repeatedly receives a clean bill of health from industry insiders and John Q Public.  According to bandmembers, it is important to set a “good public image” as young people are natural imitators of their public idols, especially musicians and athletes. “Our objective,” according to another team member, “is to provide enjoyable music and the finest example that imperfect people can.  Everyone makes mistakes, but we try to stay clear of things we might regret.” When it comes to music, the band possesses spandex-like flexibility, a creative resilience uncommon to most popular bands. And although  funk is their primary lane, the band’s eclectic ingredients contain servings of rock, R&B/soul, pop, and reggae. The proof is in the pudding and the volume of artists sampling their tunes, all hoping a mere whiff of creativity emanating from the classic Rick James and the Stone City Band made famous will stick to them.