The legendary Chi-Lites Featuring Marshall Thompson are one of the most enduring troupes in the long and exciting history of sound recordings.  In 2020, the “windy city” (Chicago) quintet, led by its undisputed leader Marshall Thompson, is always referenced when influential music, songs that have impacted a generation of musicians and aficionados, is the topic of discussion. Although R&B is their acknowledged nomenclature, their platinum songs have “crossed over” into rock, pop, and other genres as musicians of all stripes have been influenced by their unmistakable sound.
During the 1970s,  led by singer Eugene Record, they enjoyed 11 Top Ten R&B hits, and 21 hits on the Billboard Hot 100 Pop Charts, which included all major international markets. 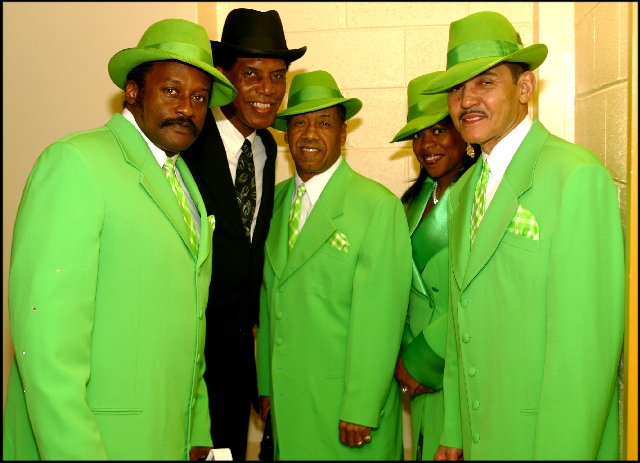 While attending Chicago’s Hyde Park High School in the 1950s, they called themselves the “Chanteurs.” The original members consisted of Eugene Record, Robert “Squirrel” Lester, Clarence Johnson,  Marshall Thompson, and Creadel “Red” Jones. The latter two were part of a neighboring group, The Desideros, and the five called themselves the Hi-lites. But in 1964, because the name Hi-lites was already taken, they chose the name with their hometown in the prefix:  Chi for Chi-Lites.

Respectively in 1971 and 1972, their certified gold records and first hit songs were released: “Have You Seen Her” and “Oh Girl.” The latter was #1 on the Billboard Hot 100 . This occurred as membership in the band slowly changed. Lead singer Eugene Record left the group in 1973 to pursue personal challenges, and they subsequently experienced personnel changes in the mid-70s. Despite the metamorphosis, their sultry crooning style continued to enrapture millions of loyal fans across the globe.

To solidify the core of the tandem in 1980, three original members, Marshall Thompson, Creadel Jones, and Robert Lester re-vamped the group as  Lester sang lead. The emotive gang remains a trio to this day.  In 1983, the LARC Records release Bottoms Up, an album that critics liked and that, with the help of “Changing For You,” the title track, scored high on R&B charts. It remained on the Caister Weekender playlist for two years. Eugene Record departed the group again in 1988 and was replaced by Frank Reed. In 1997, while returning from a concert in Pennsylvania, the group was involved in a car crash. Reed and Thompson’s wife Constance were ejected from the vehicle. Constance was killed, and Reed had a metal plate inserted in his back. In Constance’s honor, the single “Hold On to Your Dreams” was included on the Help Wanted (Heroes are in Short Supply) album. The Chi-Lites Featuring Marshall Thompson were inducted into the Rhythm and Blues Foundation in 2000, and Eugene Record performed with the group and accepted the award. The group was inducted into the Vocal Group Hall of Fame in 2005, and were honored with an induction into the R&B Music Hall of Fame on August 17, 2013 at the Waetejen  Auditorium in Cleveland. In 2020, lead singer Marshall Thompson works closely with Brunswick Records archives and will spearhead the involvement of groups or bands that have at least one original member to continue the legacy of the music that has shaped musical tastes of a generation.                                                            Phil C. Brown