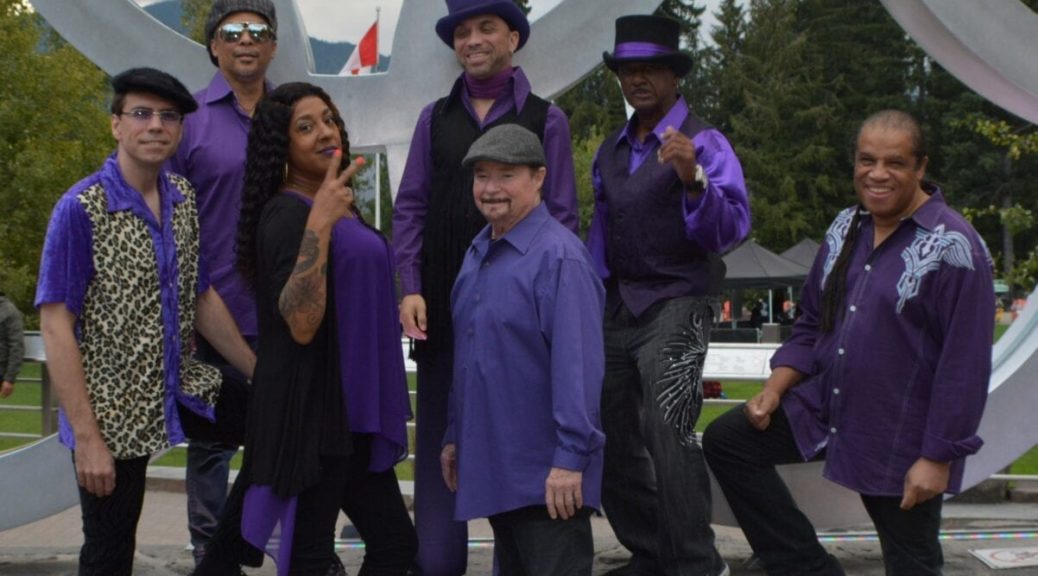 The Family Stone Band (originally Sly and the Family Stone) is undeniably one of the greatest recording groups to ever grace a stage. From their stellar performance at the world’s most memorable music festival (Woodstock) in 1969 until their 2020 crowd-pleasing concerts, the band has hardly lost a step. Recognized by critics as the Bay Area’s preeminent pop stars, for decades the band has enjoyed numerous #1 and Top Ten hits resulting in tens of millions of records sold. In 2020, their eclectic sound, echoing the nuances of pop, R&B, rock, and blues sensations has captured the world by storm, making them an inspiration for great bands from Liverpool to Sidney. Today’s band is led by Jerry Martini, the only original member of the original band and sax player. He’s accompanied by vocalist Phunne Stone, lead vocalist Swang Stewart, music director and bass player Blaise Sison, lead guitarist Nate Wingfield, drummer Frank Klepacki, and Jimi Mckinney on vocals and keys. Over five decades, the band has catalogued as many hits as their is sand on the seashore, it seems: “Dance To The Music,” “Hot Fun In The Summertime,” Everyday People,” and “Thank You (Falettinme Be Mice Elf Agin) are a few of the crowd-pleasing tunes etched in the memory of aficionados everywhere.

It would be fitting to mention by name all of the original members of the band: group founder, keyboardist and lead vocalist Sly Stone, bassist and vocalist Larry Graham, singer/guitarist Freddie Stone, vocalist/keyboardist Rose Stone, trumpeter Cynthia Robinson, drummer Greg Errico, and saxophonist Jerry Martini. These original member of the exciting band and Rock & Roll Hall of Fame inductees played on all of the millions of great original hits, contributing to the sound that made huge fans out of Led Zeppelin, The Rolling Stones,  and other world-class superstar groups. In a recent conversation and after performing the world over, Jerry Martini said “it feels like we’re just beginning. In a concert in Dallas, which included other fine acts, the City Manager commented:  “I don’t  recall seeing such a good show. When asked how long will he continue performing, Martini, a San Francisco native, remarked:”I don’t see any end in sight. This is what I love to do.” The band is threatening to record new music in coming months, and most fans can hardly wait.  Look for the band to bring their remarkable show to a venue near you.