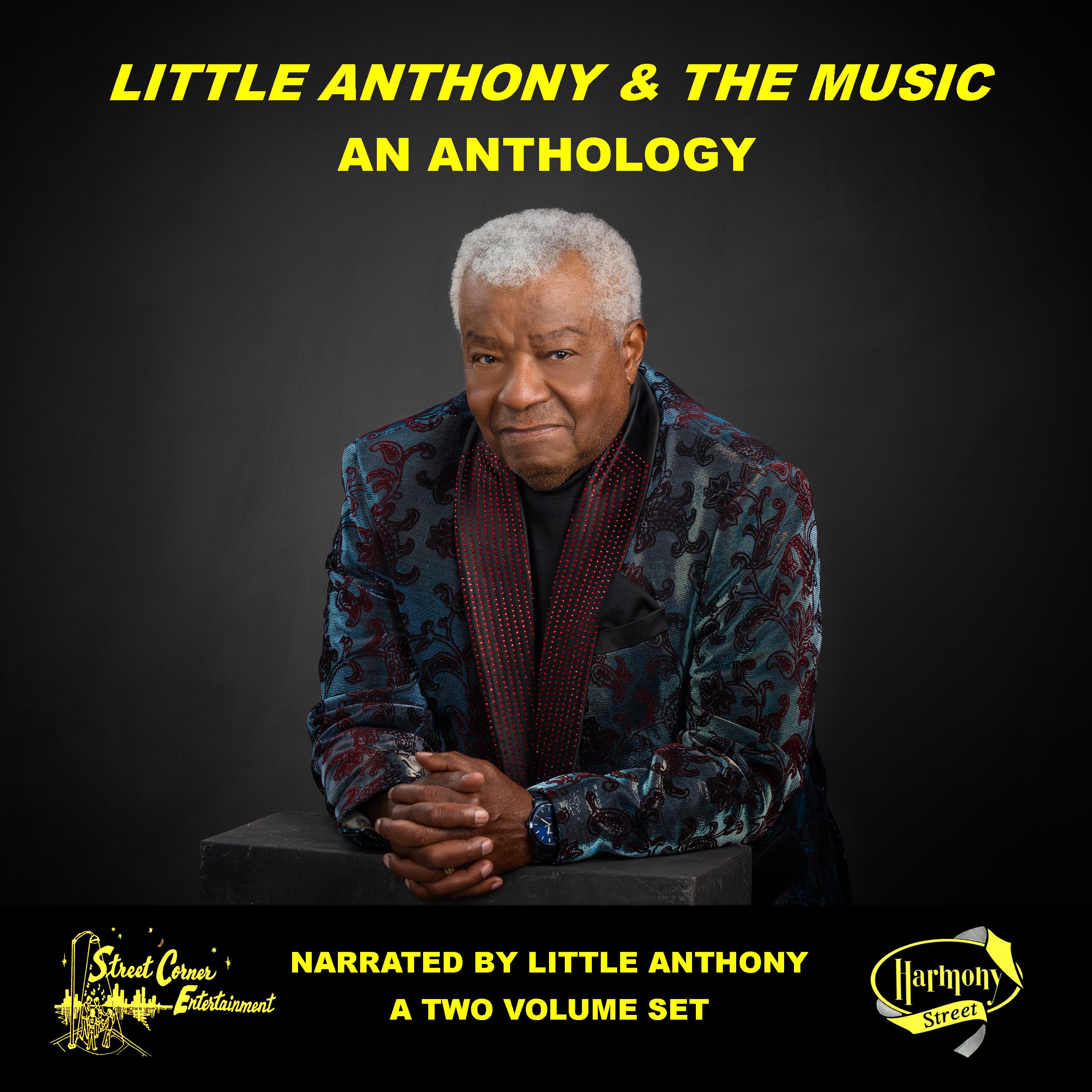 Celebrate the vibrant jazz, R&B and soul music of African American artists who, during segregation, created the foundation of modern American music. Like many other Black Americans, they relied on Victor Hugo Green’s Negro Travelers’ Green Book, a directory of lodgings, restaurants and entertainment venues where African Americans were safe and welcomed.

Now explore the history of this essential guide with vocalists, musicians, historians and others who reflect on living through segregation in THE MUSICIANS’ GREEN BOOK: AN ENDURING LEGACY.

PARTNERS IN RHYME on ALLBLK

THE MUSICIANS’ GREEN BOOK: AN ENDURING LEGACYshines the spotlight on legendary jazz, R&B and soul performers who kept The Apollo and Howard Theatres and Harlem’s Savoy Ballroom jumping and toured the Southern one-night circuit on their road to success.

Featured in the program are legendary and contemporary stars performing an exciting mix of classic songs, including Josephine Beavers, Johnny Britt, Howard Hewett, Little Anthony and Darlene Love, and candid interviews with activists, jazz historians, producers, arrangers and notable musicians who were a part of the circuit.

The virtual “underground musicians’ green book” — a network of friends, family and fans — provided food, lodging and fellowship for Black entertainers on tour. Navigating the injustices of racial segregation was difficult and, at times, dangerous — even for renowned Black artists like Duke Ellington, Ella Fitzgerald, Little Richard and Sam Cooke.

Green’s book was a guide to a parallel world of vibrant Black neighborhoods like New York City’s Harlem, Chicago’s Bronzeville and Washington, D.C.’s U Street, where Black entrepreneurs created thriving businesses that served and sustained Black patrons and artists.

Music was a uniting force during segregation and remains so to this day. THE MUSICIANS’ GREEN BOOK: AN ENDURING LEGACY will honor the genius of these Black artists, who, during these difficult times, changed America with their songs.

PARTNERS IN RHYME on ALLBLK

You are visiting one of the nation’s premier public or media relations sources, and our aim is to place your product in the care of effective international communication contacts.

Our primary objective at Phil Brown Public Relations is to quench the public’s thirst for a memorable experience in entertainment, sports, business, and seminars/lectures. Our relationships extend to all reaches of music, from popular and R&B to rock and country, to mention a few. It is our pleasure to increase the exposure of each performer, band, or athlete in our support system. The achievement of our goals is predicated on the implementation of customized public relations devices that facilitate the purchase of our client’s goods and services, be it concert tickets, new recordings, or a publication. The record speaks for itself: Phil Brown Public Relations is a proven force in successful national and international publicity. Increased public recognition of each entity we represent is apparent from the present pool of satisfied clients. Our continuing success speaks louder than words. We are pleased to partner with capable musicians, athletes, and organizational representatives in promoting effective media outreach.
PHIL C. BROWN
BIOGRAPHY
From the bustling streets of San Francisco to the towering peaks of Manhattan’s Lower Eastside and from the rolling hills of Texas to the frozen lakes of Minnesota, Phil Brown’s unmistakable trail of media accomplishments is documented. His zest for writing, entertainment marketing, and international public relations is the byproduct of early exposure to the performing arts and business. His recognition of the need for preserving good commentary, wholesome competition, and positive representation in the sprawling digital communication spectrum is well-known.
Since effective marketing and public relations/media outreach are crucial to the longevity of a business or an individual’s career, Brown’s priority is the public image and the ultimate commercial success of each client brand he chooses to represent, whether corporate, entertainment, athletic, or governmental.
Before developing an international presence, Brown worked in regional markets as a journalist (Dallas/Ft. Worth), reviewing concerts, books, movies, lectures, and conducting one-on-one interviews with the world’s best-known performers and authors. This experience proved invaluable to the kind of presentation that has made Brown’s ventures a success.
After graduating from Mission High School in San Francisco, Brown invested the next four years in New York where he attended the WBTS Training and Education Center (now in Patterson, NJ). There, he was a featured speaker on special assignments on the East Coast, taught a free public speaking class to inner-city residents in two New York City boroughs, and participated in a variety of non-paying but rewarding community-based family activities.
After fulfilling his initial four-year commitment, Brown lectured on popular topics, current events, and experimented with small-business startup ventures. This further sharpened his rhetorical and business skills and prepared him for undertakings that involved extensive contract writing.
In 2003, Brown partnered with New York-based True Life Entertainment/Navarre (presently under Universal Music Group) as Director of Public Relations, and in 2006, he was instrumental in signing singer Ben E. King and composer Peter Cor (Getaway for Earth, Wind, and Fire) to music recording deals.
Among other clients who requested Brown’s services are Little Anthony (formerly of The Imperials) Rock & Roll Hall-of-Fame inductees Jerry Martini of Sly & The Family Stone, Martha Reeves & The Vandellas, Tito Jackson (Tito Time), and Jermaine Jackson. Other acts included The Lowrider Band (formerly of WAR), Jazz Crusaders, The Stone City Band, Original Lakeside, Charles Wright (Watts 103rd Street Rhythm Band), and Kim Weston.
In 2007, Brown signed with Motor City Hits record label and Hits Talent Agency (Detroit-based organizations) to arrange concert tours and festivals and provide ongoing media relations. That same year, he coordinated Ben E. King’s television duet with Tony Orlando during the Jerry Lewis Muscular Dystrophy Telethon. Mr. King also performed on The Late Show with David Letterman that year. In 2009, King made his final appearance on national television, performing with Sean Kingston on Good Morning America. Freda Payne also performed masterfully on the season’s top-rated American Idol television production (2009).
In 2010, PBPR broke Connecticut-based singer Arika Kane into the national television spotlight with her debut performance on The Monique Television Show. Arika’s song “Make It” is the theme song for VH1’s hit television reality show Hollywood Exes, produced by Jeff Dyson. Brown also served as media-relations specialist for On The Beam, a Dallas-based entertainment television show. In 2017, Brown provided PR to Russell Thompkins Jr. of The New Stylistics and singer/composer Trade Martin. In 2022, he agreed to a publicity deal with Little Anthony, formerly of The Imperials, with the release of his Anthology, a 40-track recording epic.
Brown believes that the collective arts are divine gifts and that we are all made better because of this blessing. His aim is to continue preserving great music, literature, and art.
SPEAKING REQUESTS —
For more than a decade, Phil Brown has shared with music students and thousands of enthusiasts on the complexities of the ever-changing entertainment and communication worlds. The pandemic has obviously impacted the quantity but not the quality of his operation, and it has necessitated remote or zoom methods in disseminating information. Students who desire a career in the competitive entertainment arena wonder about contracts, options, letters of intent, and performance rights organizations, how they are structured and what to look for in the fine print. Others aspire to the business side of the industry and are interested in careers behind the scene in journalism, marketing, radio promotions, media relations, artist management, concert promotions, and booking agents. In laymen’s terms: how product transitions from the recording studio and manufacturing to the local Best Buy, Target, or Internet retailer. All lectures include a syllabus outline and a question & answer segment.
Fees for public speaking requests to colleges and other institutions are assessed at the time of inquiry. Educational institutions may be given special consideration. Mr. Brown has written for entertainment magazines and major metropolitan dailies.
For speaking or interview requests for artists, contact the assignment desk:
(817) 681-6068 plcharlesbrown@att.net. Phil Brown on Facebook Log into Facebook | Facebook

— In 2020, Phil C. Brown Public Relations embarks on a series of media approaches designed to assist businesses, schools, entertainers and sole proprietors in spreading the news about programs, products, and events. This includes large and small companies and institutions of higher education.