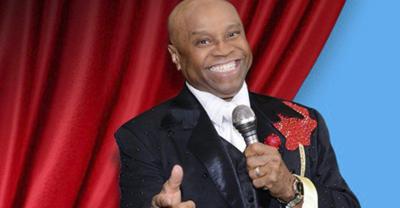 When vocalist extraordinaire Sonny Turner replaced  the sensational Tony Williams as lead singer of the original Platters, the time seemed preordained. With a cache of 1960s hit songs like “With this Ring” and “I Love You 1,000 Times” to compliment the great chart-toppers of the of the original troupe, in 2020, the mystique of The Platters continues with a soft twist: Sonny Turner introduced a new era of memorable tunes loved the world over.  And when Sonny was merely a teen, The Platters were unquestionably the finest popular singing troupe in the world, and he was the chosen one to continue to lead the hall-of-fame musical dynasty in song and dance. In this generation, Sonny isn’t a lone ranger, but he is foremost a leading Las Vegas solo act. He was so inspired by the success of his predecessors that he re-recorded the original hits, including The Platters “Only You”, “The Great Pretender,” and “The Magic Touch.” Recordings of his are heard in feature films like “The Nutty Professor II,” “Hearts in Atlantis,” and “Prince of the City.” Sonny joined The Platters in1959, and for 11 years he dawned the spotlight, and he is acknowledged by the Rock n Roll Hall of Fame in Cleveland, Ohio, his hometown. He also played a key role in getting truth in music laws passed in Nevada and North Dakota. In 2020, Sonny’s star continues to rise as he prepares for a dynamic outing despite a dreadful pandemic, which is expected to come to its much-awaited end. Watch for Sonny at a venue near you.