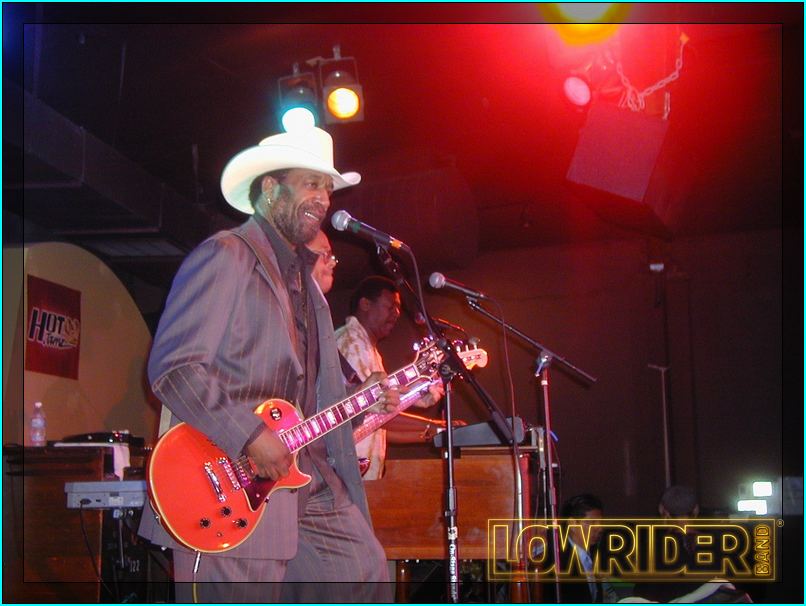 Howard Scott, founding member or WAR, is a composer of “Cisco Kid,” “Low Rider,” “All Day Music,” “The World Is a Ghetto,” and  countless more mega-hits. His original band sold tens of millions of records, discs and  downloads.

From Deep Ellum to Beal Street and from the roots of Compton to the all-night clubs in the South Bronx, Howard E. Scott’s distinctive voice can be heard on a plethora of FM, AM, and Internet radio stations. But this time he’s back with a different twist: a hip-hop groove performed with the aid of the local Dallas rapper Mayberry. Scott’s latest single with the Lowrider Band is  “9 To 5 (Ordinary Man).” But not only is Howard, the erudite Fishbowl on-air personality, a premier guitarist and a gracious host; he’s a Grammy-nominated composer with limitless experience on the eclectic international music scene, including numerous appearances on American Bandstand, Soul Train, and a trail of other network outlets. For five decades and counting, he and his co-writers have provided music aficionados with some of the greatest tunes ever recorded: “Slippin’ Into Darkness,” “Why Can’t We Be Friends,” “Cisco Kid,” “The World Is A Ghetto,” and “Low Rider,” songs heard on TV and radio commercials and as a member of WAR. Many of these mega-hits have been covered or sampled by the likes of Janet Jackson, Korn, TLC, and countless others. As guitarist with the world-famous Lowrider Band, Howard still performs in concerts. But now, he is bringing his own brand of hosting and fun to Fishbowl Radio. His show will feature interesting discussions with a variety of musicians and familiar personalities, some of whom you know and some you will come to know. And, of course, he will share great music from his glory days to the Lowrider days, songs from his musical cache for radio listeners to forever cherish.
Phil Brown

Howard Scott  (above) and Lowrider Band strum “9 to5 (Ordinary Man)”

Howard Scott, and original composer of the hit “All Day Music.